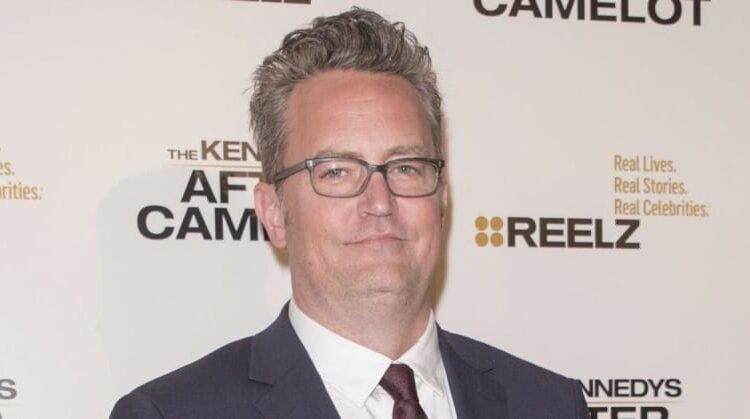 Actor Matthew Perry got candid in his memoir Friends, Lovers and the Big Terrible Thing, which was released on Tuesday, November 1.

The sitcom star previously promised “raw honesty” about some of the worst times of his life — and he delivered, as he shared never-before-heard details on his romantic relationships and details on his lifelong struggles with drug addiction.

As OK! previously reported, the 53-year-old wanted to pen the memoir to set the record straight after years of rumors.

“So much has been written about me in the past. I thought it was time people heard from me,” he tweeted back in February. “The highs were high, the lows were low. But I have lived to tell the tale, even though at times it looked like I wouldn’t. And it’s all in here. I apologize it’s not a pop up book.”

However, not everyone was excited for Perry’s tell-all, as his Friends costars were said to be “in a panic” over what he might say about them in the book. “He didn’t feel like any of them supported him, and it was a bitter reminder of how much he suffered back when they were shooting the show,” a source claimed at the time.

Scroll down for some of the biggest revelations from his tome.

He Had Pancreatitis While Filming ‘Friends’

In 2000, the actor, who was 30 at the time, was hospitalized for one month due to pancreatitis, something that was caused by his heavy alcohol consumption. It was during his recovery that he was given Dilaudid, an opioid. The star recalled it being “my new favorite drug. I would have stayed in that hospital for a hundred days if they kept administrating it.”

In 2018, some time after his colon burst, he experienced a bizarre incident while high in rehab.

“I’ll never be able to fully explain what happened … I started slamming my head against the wall, as hard as humanly possible… There was blood everywhere,” he said of the horrifying situation. “After about eight of these mind-numbing slams, somebody must have heard me, and stopped me, and asked the only logical question: ‘Why are you doing that?’ I gazed at her, and looking like Rocky Balboa from every one of those last scenes, I said, ‘Because I couldn’t think of anything better.’”

While in a rehab but still “high on hydrocodone,” Perry proposed to his girlfriend at the time, whose identity he keeps anonymous. He was so out of it that he forgot he ever got down on one knee, and they eventually split.

“I bought her a ring because I was desperate that she would leave me,” he admitted of the ordeal.

The 17 Again star was more than grateful for his role on Friends, so he did his best to be clear-headed when on set. If he didn’t have the job, he admitted, “It is not out of the realms of possibility that I may have ended up on the streets of downtown LA shooting heroin in my arm until my untimely death.”

He Used Hypnotism To Quit Smoking

At one point, the actor was smoking 60 cigarettes a day, prompting him to see a hypnotist to try and quit. After a few sessions, the method was a success, but at that point, all of the drugs and cigarettes had destroyed his teeth.

“I took a bite into a piece of toast with peanut butter smeared on it, and all my top teeth fell out,” he disclosed. “But disaster struck and major work was needed. The dentist had to remove every single one of my teeth — including the implants that were nailed into my jaw — and then replace them all with new ones.”

He Punched A Wall After Chris Farley’s Death

After colleague Chris Farley died from a drug overdose in 1997, he had to promote Almost Heroes, the movie he worked on with the comedian. The Go On actor recalled punching “a hole through Jennifer Aniston’s dressing room wall” when he found out about his passing.

Our Top 10 cars on show at Petrolheadonism Live 2022